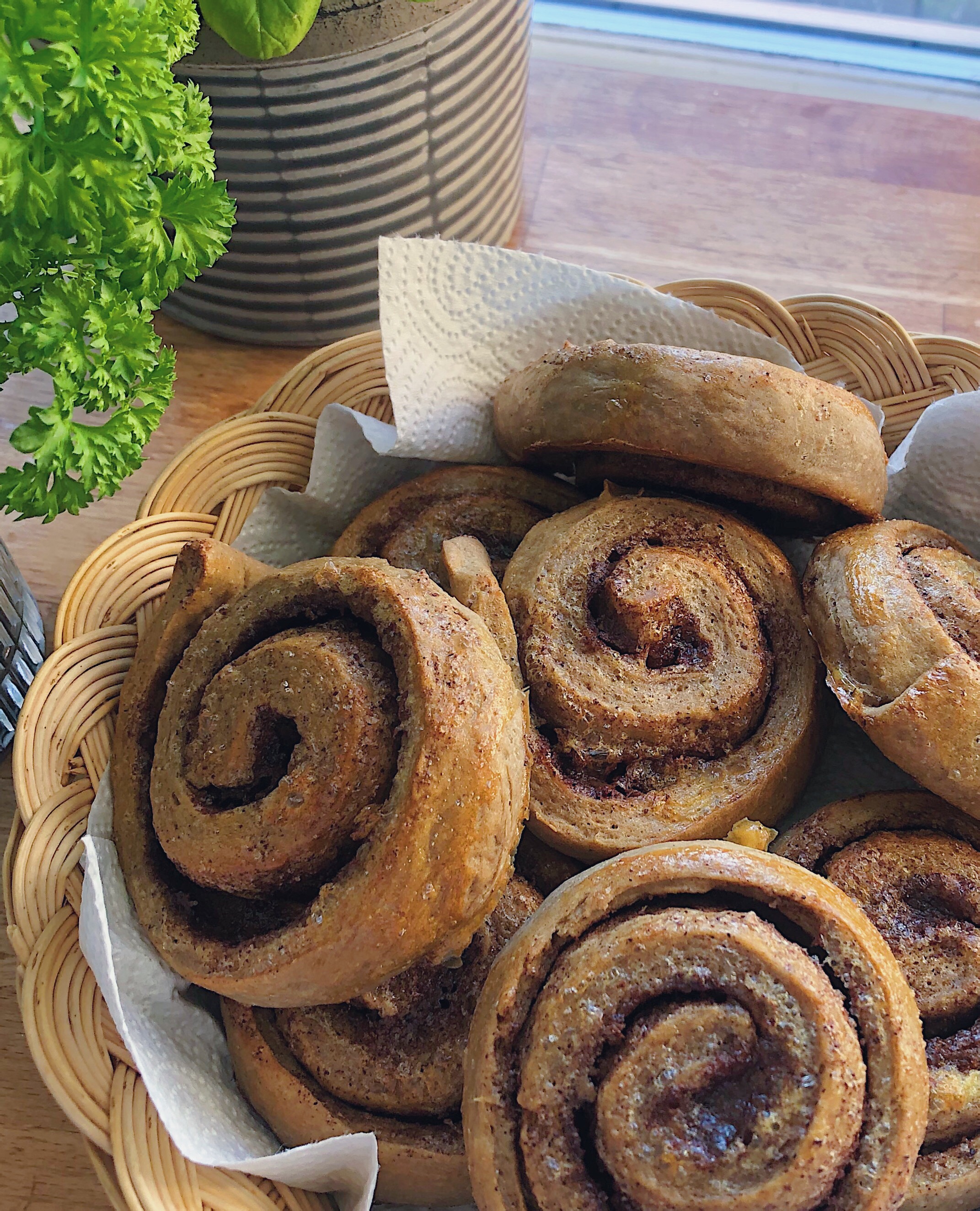 Start by crumbling and dissolving the yeast in the lukewarm whole milk. Then add the butter, salt and eggs and stir the mixture well together. In a bowl next door, mix Agrain® 04 Maskflour Whisky, crushed cardamom seeds and half the wheat flour. This is now transferred to the mixture of the other ingredients and stirred well together on a mixer. Add the remaining wheat flour until the dough releases the bowl and is still moist, but does not stick. Place a damp tea towel over the bowl and let the dough rise warm for 1 hour.

While the dough is raising the filling together and set aside.

When the dough has raised it, roll it out to a large square. Grease the filling and roll the dough together into a thick sausage. Then cut the dough into equal pieces of cinnamon snails and spread them on a baking sheet covered with baking paper. You can usefully cut the slices a little thicker and press them flat with your hand on the baking sheet.

Allow the dough to rise on the baking sheet for 30 minutes while you heat the oven to 180 degrees hot air.

Brush them with a beaten egg and then bake them in the oven for 15-20 minutes.

- of which saturated fatty acids, g,

All
Breakfast, bread and buns
Lunch and snack
Dinner
Sweet and Sinful
Tips for dips

Back to the overview

The basket is empty
Product is not available in this quantity.